After the uneventful Misadventures in the Bar Scene, I decided to wait and see what happened with the matchmaker.  Fortunately a couple of weeks after I signed up, I received my first matchmaking call, so I didn’t have long to wait.  For the first date the process is a little different.  Rather than approaching me first to see if I’m interested in a particular guy, the matchmaker ensures that the guy is interested in me first.  She then called me and gave me the details about the guy: name, age, occupation, interests… basically everything that you need to decide if the guy is right on paper, however you never get to see a picture because they want your first impression to be in person.

Everything about this guy seemed in line with what I was looking for.  There were a couple of minor things which I wasn’t terribly concerned about, so I said yes.  Then the matchmaker gave me his number, so that I would recognize it when he called, but the recommendation is to wait for the guy to call.  She also told me to look at my calendar so that I would be prepared with what days I was free.  The idea is that you have a brief call to arrange the date but that you actually get to know each other in person.

A couple days later, he called me and that’s when I realized that this was not going to be as easy as expected.  He was very soft spoken and didn’t come across very confident.  He asked what I wanted to do, so I said that we could go to coffee or to dinner.  I’m not sure why it was so difficult, but we finally agreed upon dinner and a little local restaurant.  We also said that we would text the day of so that we each knew what we were wearing and were able to recognize each other.

It wasn’t the best first impression, but I decided to give him the benefit of the doubt.  I’m not very good on the phone, so maybe he just wasn’t either.  I was pretty excited about the date and was hopeful about getting out there.  Whatever happened, I knew that this was going to be a whole new chapter in my Misadventures.

Have you ever had a first interaction with a guy over the phone?  How did he come across?  Was your first impression correct? 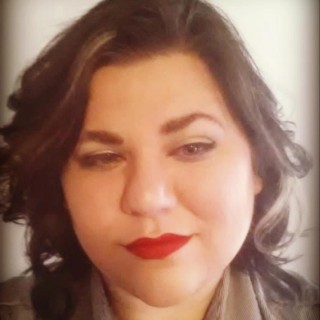